Between introducing a sustainably sourced new tonewood — Urban Ash™ — and reimagining a venerable body shape — the Grand Symphony — Taylor’s forward-minded pursuits have been on full display this year. No guitar braids those two threads better than the new 326ce, which brings the magic of our innovative GS design to the 300 Series. Powered by the musical engine of our V-Class bracing architecture and uniquely voiced with the help of a soundport cutaway, the new model showcases the sonic virtues of the GS design in a freshly compelling way, pairing Urban Ash with mahogany and giving players another rich acoustic soundscape to explore.

After the debut of our retooled GS models earlier this year, the rosewood/Lutz spruce Builder’s Edition 816ce and the all-koa K26ce, we wanted to bring the new body’s high-fidelity resonance to another model in a more accessible part of the Taylor line. The 300 Series felt like a natural home — it’s popular among musicians of all stripes, and it sits at an intersection of premium performance and workmanlike utility. Recently, we introduced the world to Urban Ash with the Builder’s Edition 324ce, and the 317 was the first Grand Pacific model offered outside our initial Builder’s Edition 517 and 717 tandem. So once again, the 300 Series plays host to a model that we believe deserves to be in the hands of more players.

The radically redesigned Grand Symphony body seems to fly in the face of tradition, but then again, that’s the story of innovation at Taylor. The most visible alteration is the inclusion of a soundport cutaway tucked under the fretboard’s high register. From the front, the bottom contour of the scoop visually follows the line of a Florentine cutaway with its sharp “horn.” View the Grand Symphony from behind, though, and you’ll see that the back has been left totally intact. The design balances the benefits of a cutaway with the lung capacity of the GS body. 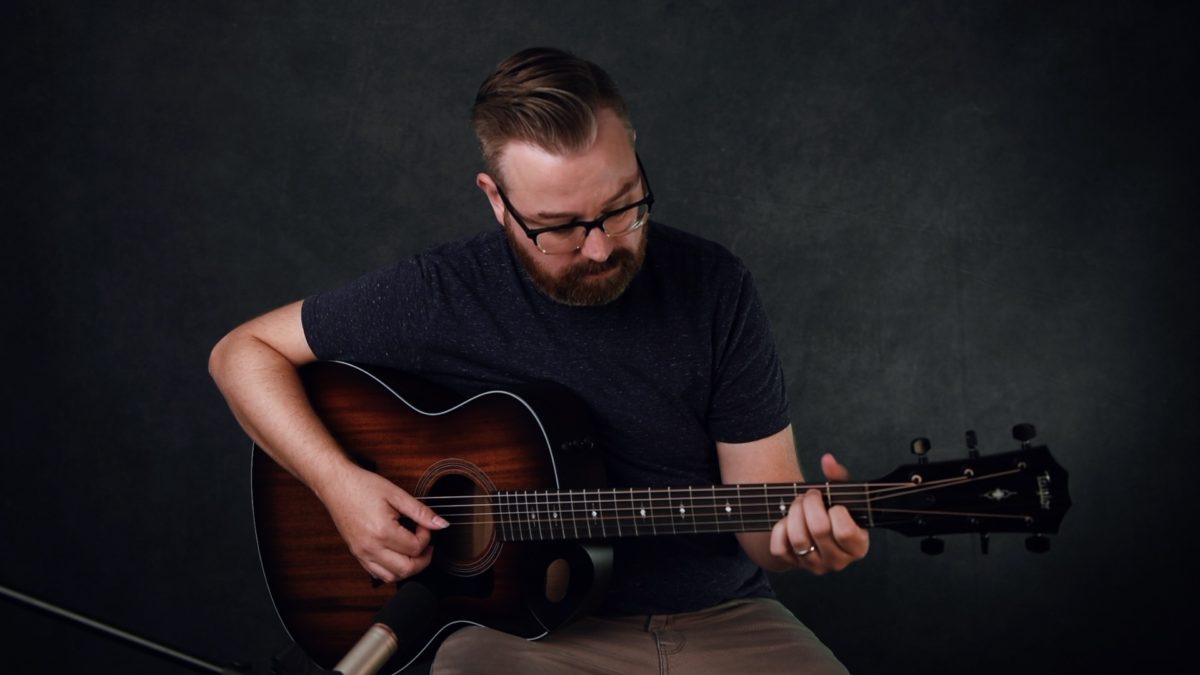 The soundport itself also exerts a powerful influence on the Grand Symphony’s musical response. Offset from the top by about 45 degrees, the soundport changes how vibration disperses from the guitar and through space, leveraging the body’s large internal air capacity to produce an immersive effect that, from the audience’s perspective, almost feels like being in the middle of a surround-sound field.

“One of our new Grand Symphony’s most alluring traits is the way its notes bloom and take on new musical colors as they sustain out.”

The 326ce capitalizes on the body shape’s expansive musical qualities thanks to its combination of solid Urban Ash back and sides, a solid mahogany top, and V-Class bracing. Urban Ash, responsibly sourced from trees in California municipal areas scheduled for removal, tonally resembles old-growth Honduran mahogany, with a robust midrange characterized by strong fundamental notes. Focused and punchy, the 326ce’s hardwood pairing takes flight with V-Class architecture under the hood. Enhanced volume, sustain and intonation come standard with all V-Class models; paired with Urban Ash and mahogany, you’ll also hear more essential character from the materials—woody, warm tones that remain clear and articulate even as they propagate through the room. One of our new Grand Symphony’s most alluring traits is the way its notes bloom and take on new musical colors as they sustain out. The experience invites players to allow their notes and chords to breathe, and for recording enthusiasts, it opens up a whole new world in terms of experimenting with microphone placement to capture different acoustic textures.

The 326ce features Italian acrylic peghead and fretboard inlays in our Gemstone design.

Other details include black binding with contrasting edge trim and a three-ring rosette.

The GS redesign also enhanced the body shape’s playability and overall responsiveness, thanks to the slightly shorter 24-7/8-inch scale length and light-gauge strings, which one might not expect on a guitar body of this size.

Aesthetically, the 326ce incorporates ebony for the soundport cutaway scoop, which beautifully complements the back and sides. Otherwise, the guitar shares most of the detailing associated with the 300 Series, with standard appointments such as black binding with subtle black-and-white pinstriped purfling around the top, plus a matching three-ring rosette. Other touches include Italian acrylic Gemstone fretboard and peghead inlays, satin black tuners, a black pickguard, and our Urban Sienna color treatment (top, back, sides and neck) with a shaded edgeburst top, all under a satin finish. The guitar also features our ES2 electronics and ships in a Taylor deluxe hardshell case.

With its radiant voice and room-filling projection, the 326ce promises to be a uniquely expressive tool for any guitar player looking to expand their acoustic frontier.