I’m currently trying my hand at some still-life photography. I thought you might like to see what goes on inside your guitars once they leave the factory. By the way, thank you for the maintenance videos on YouTube. I’ve just re-strung that guitar following one of the guides. 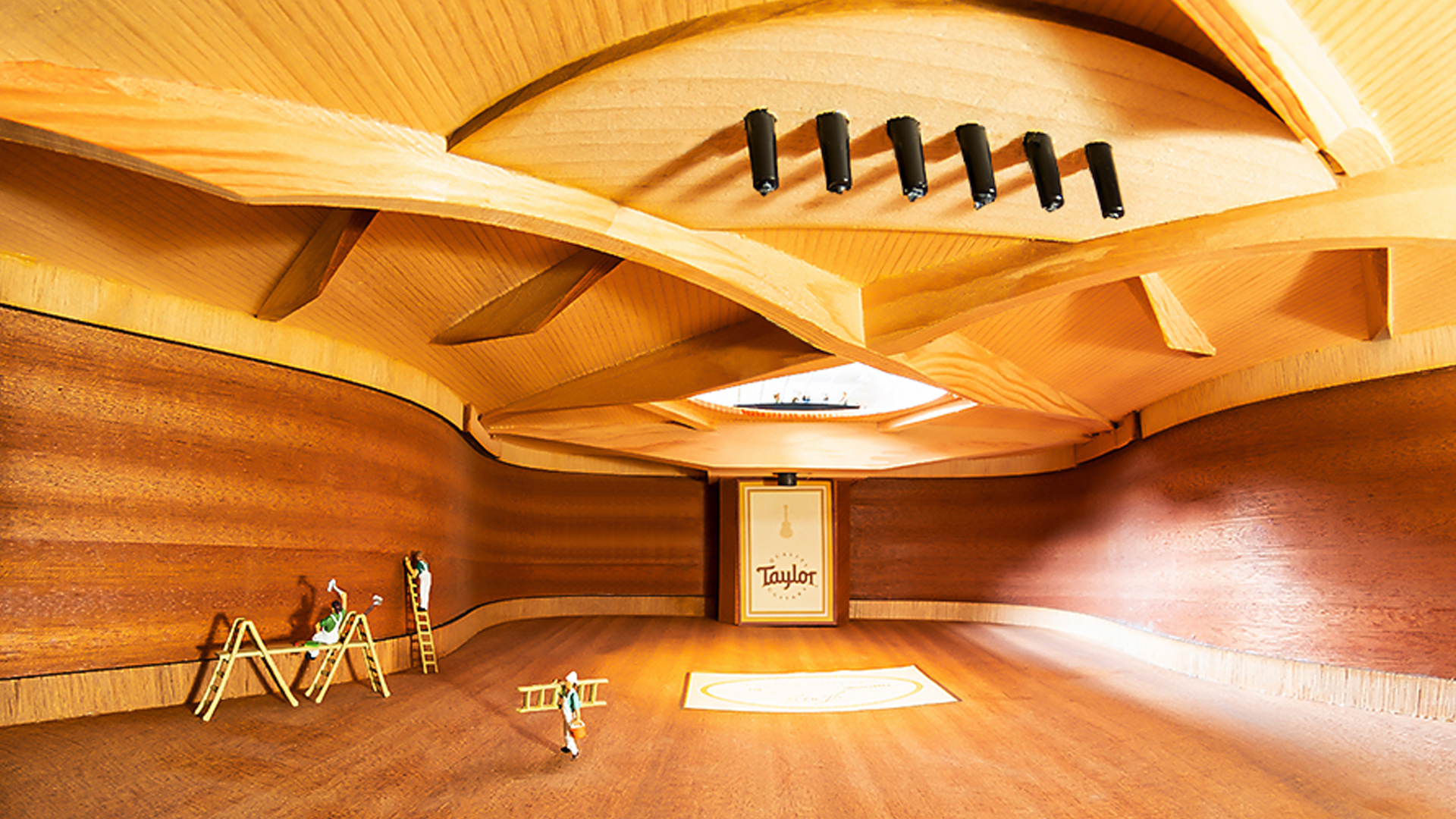 Welcome to the Family

I am a 54-year-old disabled veteran and author who has never played guitar but always had a desire to learn to play. I am finally in a place in my life to fully commit to becoming an accomplished player. Older, yes, but much more committed. I’ve been practicing every day and look forward to playing my first real song.

After doing a lot of research, listening to different brands of guitars and comparisons, I settled on Taylor. The 814ce became my favorite model after researching several models, and I just received my Taylor V-Class 814ce last Saturday.

On my journey to becoming a great player, I am learning everything Taylor because I believe the history, heritage and knowing about the people behind Taylor will make me a better player and human being.

Anyway, I love Taylor Primetime for the education, fun, knowledge, “nerdiness” and all the players in each episode. Thank you for making me feel like I belong.

I’m too old for writing fan letters, but I have to say I’m absolutely blown away with Taylor’s service. Twenty years ago, my wife gifted me a 410ce LTD at a time in our lives when we didn’t have a lot of money. It’s my most prized possession. I nervously sent it on a 6,000-mile round trip from upstate New York to you in California for service and basically got back a new guitar. Gobsmacked!

These days, just getting folks to do what they claim to do seems like a challenge, so finding people who go above and beyond is a real pleasure. Your service people fall into this category. From the swift, efficient and helpful communication of Adam Bernal to the top-class return arrangements and communications of Mike Puckett, and of course the patience and high skill level of Chris Bearden in service, your team was amazing. Whatever you’re paying these people, it ain’t enough!

A friend of mine bought a Taylor guitar a few years ago, and he always passes along his copy of Wood&Steel to me once he’s done reading it. I have to tell you how incredibly impressed I am with not only your guitars, but also your company. Your tree husbandry was already above and beyond the call of duty; now I read about your urban tree program. Scott Paul’s article describing the partnership with West Coast Arborists really nailed it for me: Taylor is The Real Deal. How many musical instrument companies have a position of Director of Natural Resource Sustainability? You guys don’t just talk, you walk the walk. As someone who advocates for urban forests, loves working with wood, and occasionally plays guitar, I just feel compelled to write and say thank you.

I aspire to own a Taylor guitar one day. When I do, I’ll feel great satisfaction not only knowing that the instrument was designed with tremendous thought and care (which is clear from reading Bob and Andy’s columns), but also that buying a Taylor supports a good company. Thank you so much for forging such an excellent path in this world. Please know that your efforts are appreciated!

This is in response to Gabriel O’Brien’s article in Wood&Steel [Vol. 98 / Issue 3], “An Introduction to Recording Acoustic Guitar.” The excellent article aptly shows the tried-and-true method of placing a cardioid mic about 12 inches from the top, pointing a touch off the hole. One can always expect excellent, natural-sounding results from this single-channel (mono) capture.

For a “stereo” method, the article briefly mentions the possibility of using an XY pattern, but I find that XY still captures the instrument more or less in mono (even when the channels are fully spread, the guitar appears compactly centered), while providing a broad “stereo” spread of the acoustic environment around the guitar. Nice! But…

Years ago, I pioneered a two-mic acoustic guitar recording technique that provides two distinct-sounding channels that can be very effective in a mix:

Mic 1, which can actually be pointed a few frets back from the end of the fingerboard, picks up what I would call a “scooped” sound — lots of bottom and a bright, stringy top, but not much “meaty” midrange.

Mic 2, pointed near the center of the lower bout, picks up very little bass and absolutely no stringy treble, but effectively captures the meaty midrange of the instrument — thus filling in the spectral range that is missing from the Mic 1 signal.

As such, the two channels allow for a range of interesting mixing or blending options, such as:

Because the mics point to different sources of radiation from the top, the signals do not interact in a way to cause a lot of phase cancellation when summed to mono.

Gabriel replies: Thanks so much for your thoughts, Larry. I mentioned coincident XY recording as a popular approach to acoustic guitar with multiple microphones in the same way that I’d mention ORTF or a spaced pair, like what you’re describing. You’re correct in that it’s not particularly “stereo sounding.” I assume many use XY because it simulates human hearing. However, my goal when recording guitars is circumstantial. For studio work, I’m usually trying to seat something in a larger mix. For video content, I’m usually trying to give listeners my impression of what the guitar sounds like to the player so the listener can determine whether that’s a guitar they’d like to try out in a store and possibly own — an important distinction — and to show what a guitar can do. In the studio, for solo guitar or singer-songwriter setups where acoustic guitar is the main instrument, I often use two to three microphones. I’ll usually start with the first in the position I previously mentioned: about 12 inches from the treble side of the upper bout. When adding a second microphone, I often place it shoulder-high to the player’s strumming arm, angled slightly down toward the bridge from three to four feet away, thus obeying the three-to-one rule. I’ll go into more depth in a future article, but for now, thanks again for sharing your experience. I look forward to trying out the technique you suggested.

I just wanted to share a cool photo that we took out in South Dakota. I thought you would appreciate it. I have been playing Taylor guitars since my very first Baby Taylor Swift bedazzled guitar when I was 8 years old. (I included that photo too.) Since then I have been writing and releasing music, performing and just chasing the dream. I go to Nashville as often as I can and plan to move there in the next couple years. I hope to someday have my own signature Tiffany Johnson Taylor guitars! I love writing and performing with your guitars.